The Sports Turf Assocation Australia and Toro Australia are pleased to announce the winner of the 2019 Graduate of the Year – Matt Wolfe.

All of the candidates were of such a high calibre, the judging panel results showed all candidates very closely scored, and they should all be very proud of their presentations and achievements to date.

Matt began his turf career as a casual employee at City of Albany in 2014.  His efforts resulted in being offered an apprenticeship in 2017, allowing him to embraced in his studies, not only of the theory & science of but also the practical execution of turf management.

During his apprenticeship he was a key member of the team maintaining many fields throughout the City of Albary, including some heavily used grounds with 20+ activities each week during cricket and football seasons.  Plant nutrition, chemicals and pest controls were a revelation in his learning, and with this keen interest Matt has recognised science is a key element to ensure he can achive the best results.  His ambition is to expand his technical and operational skills plus embrace more leadership qualities to achieve his goal of being a key management role at one of the major world stadiums.

Congratuations Matt, and we wish you all the best for your future endeavours.

Toro has been a proud supporter of the Sports Turf Graduate of the Year since its inception in 2014, and  are proud to assist in the development of our future leaders. 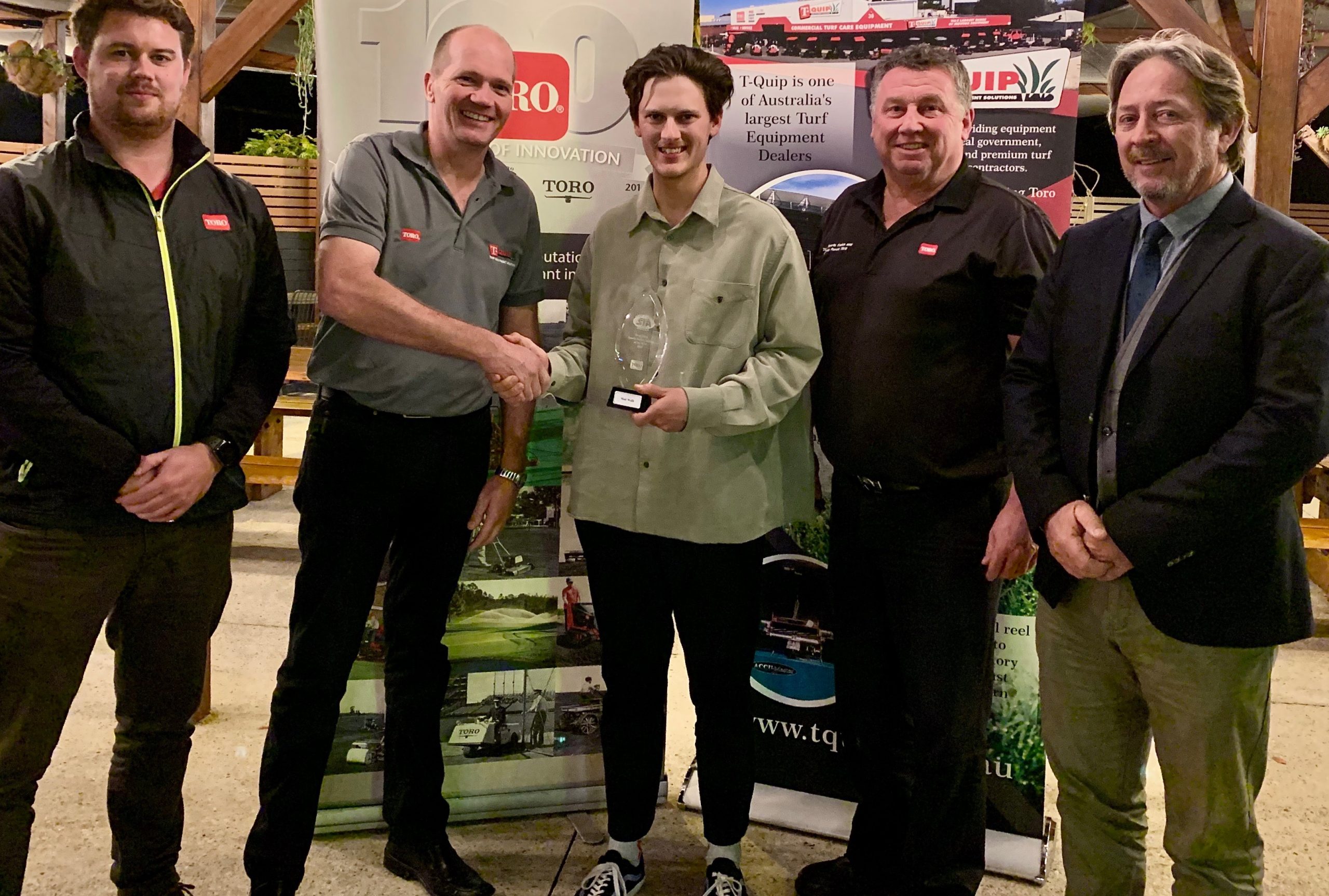