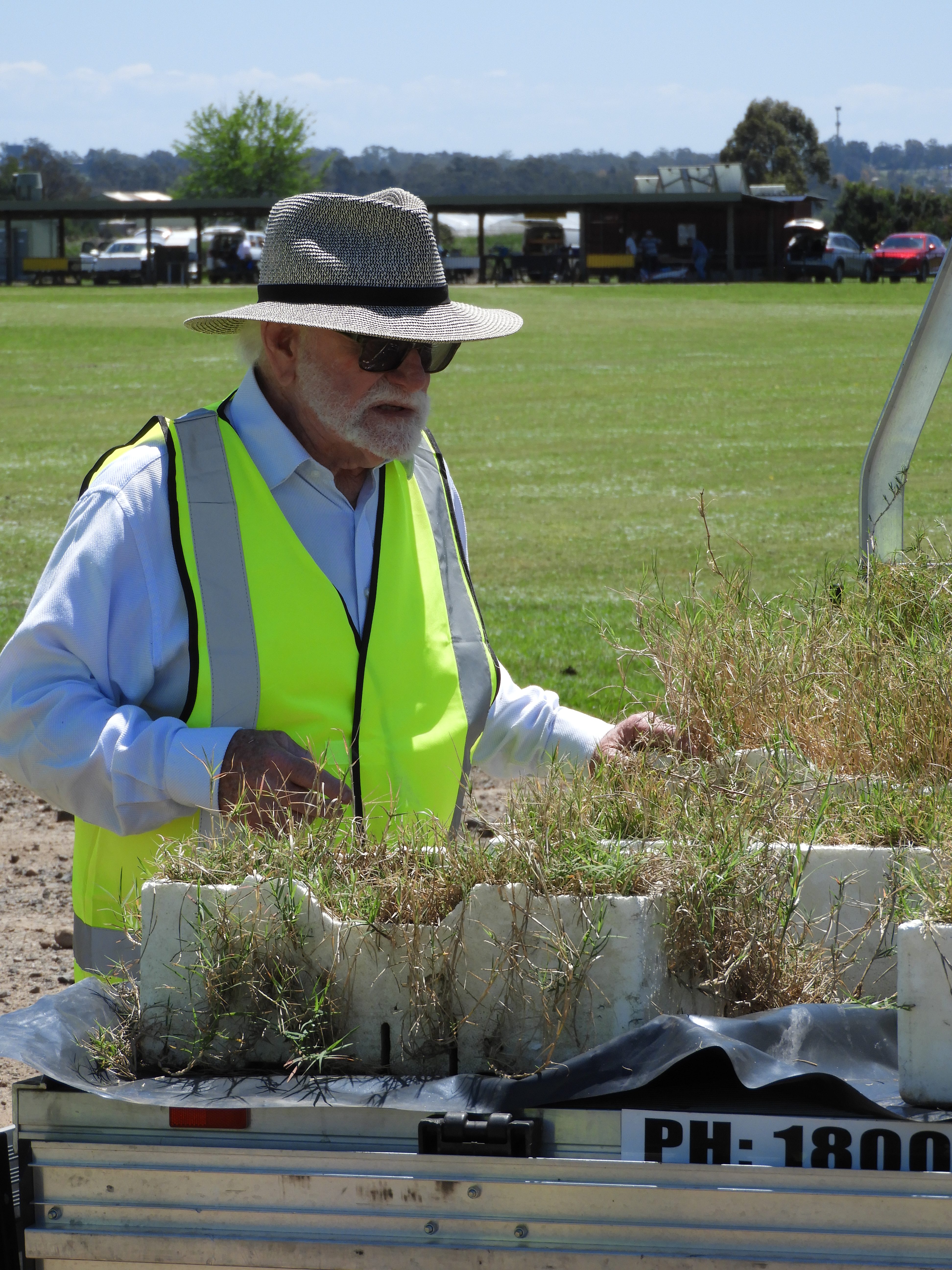 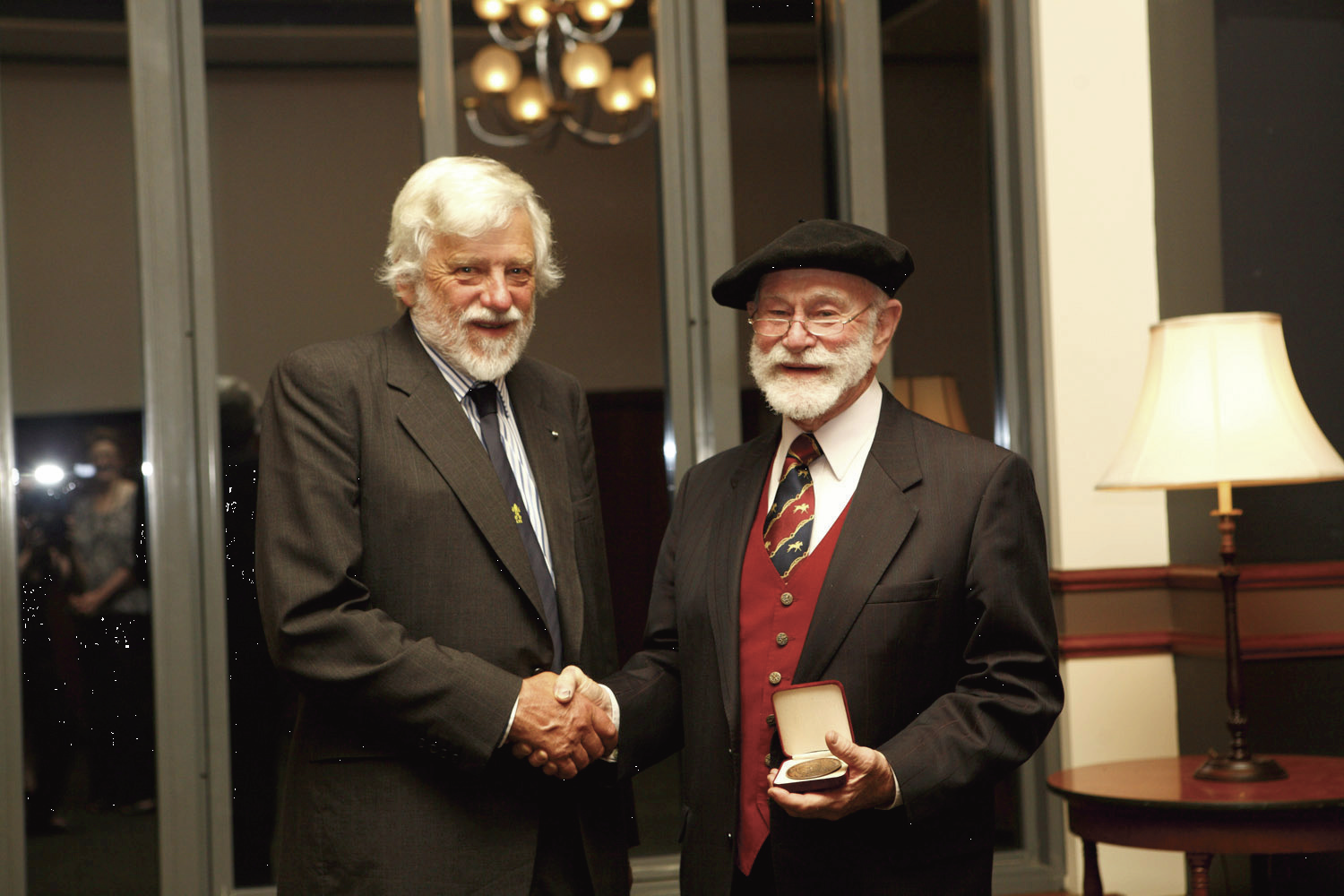 Peter has amassed a multitude of professional memberships and awards.

2005  Recipient of Life Member of New South Wales Golf Course Superintendents Association, Fellow of the Australian Institute of Agricultural Sciences and Technology, Recipient of Greening China Award (Honoured at a state lunch in Western provinces in China for contributions for assistance during the 1990s to set up turf farms in Tianjin (China)

2009  Recipient of Graham Gregory Award for excellence in horticulture (Horticulture Australia Limited). First person in Australian turfgrass industry to be given this prestigious award.

2010  Initiated the Peter McMaugh Scholarship with New South Wales Golf Course Superintendents Association to cover tuition and expenses during the first year for successful candidates enrolled  in the Master of Agriculture (Turf Management) at the University of Sydney, Sydney.

2013  Recipient of Medal Of Excellence. Weed Society of NSW

Peter graduated with a Bachelor of Science in Agriculture (B.Sc.Agr) in 1964 from the University of Sydney. His passion for botany and plant science enabled Peter to have the distinction of being the first person in Australia with an agricultural degree to be appointed on a permanent full-time basis as a consultant/researcher in the turfgrass industry. In 1964 Peter was employed by the now-defunct Grass Research Bureau/Australian Turfgrass Research Institute and was its director from 1975-1978. Peter’s unrelenting quest for knowledge for all things turfgrass and his acute understanding and practical application of plant science and physiology of grasses became unequalled in Australia and later recognised overseas. In 1979, Peter established his consulting company Turfgrass Scientific Services Pty Limited.

Peter is widely known throughout Australia and overseas as a turfgrass consultant, educator, researcher and turfgrass breeder. However, very few people are aware of his involvement in turfgrass technologies. Unquestionably recognised as Australia’s foremost authority on turfgrass, Peter’s life-long devotion of turfgrasses and their management has benefited so many people and organisations in the wider Australian turfgrass industry, not just cricket wicket curators, golf course superintendents and racecourse managers. For over forty years, Peter has been a notable often keynote speaker at numerous regional, state, national and international seminars and conferences

One of Peter’s single, greatest legacies as a turfgrass educator was the exposure of the Australian turfgrass industry to notable, overseas turfgrass researchers and scientists by interacting and inviting them to speak at the national conferences in Australia. The results were two-way. Australian turfgrass managers benefited from a wider knowledge base and overseas persons engaged in the turfgrass industry recognised the worth of the Australian industry. The first person was the late Dr. JB Beard in 1973. Other eminent persons are Drs. Richard Smiley, Jim Watson, Jeff Krans, Joe Vargas, Henry Indyk, Arden Baltensperger (USA) and John Escritt (UK). Numerous other overseas persons continue the legacy to this day.

Of Peter’s depth and breadth of the turfgrass literature, Dr. Jim Beard in 1988 at Perth made the comment “in Peter McMaugh you have here in Australia the only man I know who knows the turf literature as well as I do”. Understanding the importance of turfgrass education, Peter over many years has devoted time as a member of the Advisory Committee of the then Hawkesbury Agricultural College now University of Western Sydney (Richmond) and member of the Advisory Committee of the Ryde School of Horticulture now Ryde TAFE (Sydney). He made a significant contribution with Mike Clune to reconstruction of the Greenkeeping syllabus. Peter was also involved in the post-graduate diploma/masters course taught by Professor Peter Martin of the University of Sydney for which he was the external examiner 1994-2008. He has also been a guest speaker at the University of Queensland (Gatton).

In wanting to further empower Australians, Peter initiated the Peter McMaugh Scholarship in 2010 with New South Wales Golf Course Superintendents Association (NSWGCSA) to cover tuition and expenses during the first year for successful candidates enrolled in the Master of Agriculture (Turf Management) at the University of Sydney.

As the consummate turfgrass consultant, Peter has been commissioned to consult on existing and new golf course, sportsground and racecourse projects throughout Australia and South East Asia. Over the years, Peter has been commissioned on numerous golf construction projects particularly during the boom decades of the 1980’s and 1990’s. Peter consulted directly to notable golf course architects such as Graham Marsh, Jack Nicklaus, Robert Trent Jones Jr, Pete Dye, Reece Jones, Peter Thomson and Michael Wolveridge Watson International and Michael Coate on golf course projects in Australia and throughout South East Asia. Among some of his golf projects included Shah Alam (Malaysia 1990) for the Sultan of Selangor and Tuanku Jaafar Country Club (Malaysia 1990) for the King of Malaysia.

Outside golf, Peter has further been involved in numerous elite sports and cricket grounds, polo fields and racecourses around Australia and in Singapore. He consulted to Consolidated press (the late Kerry Packer) on cricket wickets for the introduction of World Series Cricket at the then Sydney Showground (Sydney) in 1978. He originated the concept of drop-in wickets used everywhere today. Peter has also consulted to the Melbourne Cricket Ground (MCG) in 1981/82, North Sydney No. One Oval (Sydney) in 1984 (the first sand-based oval construction in Australia), Western Australian Cricket Association (WACA) cricket wicket re-construction and Homebush Stadium now branded ANZ Stadium (Sydney) in 1989 and the new Royal Agricultural Society Showground Arena. Peter was also involved in the construction of Allianz and Parramatta Stadiums which are currently being rebuilt. Peter also grassed 7 polo fields for the late Kerry Packer at Ellerston. During recent years, Peter, has been consulting on turf matters at the National Stadium, Singapore.

Peter wrote two booklets. The first “Bowling Green Construction” (33p 1968) and the second co-authored with the late Vince Church “Golf Green Construction” (36p 1970). Peter as an author is listed in Jim Beard’s mammoth publication “Turfgrass History and Literature” (2014). Over the decades, Peter has written a multitude of extension articles and scientific-based papers in Australian and overseas conference proceedings and journals including the International Turfgrass Society Research Journal. Others far too many to list.

One of Peter’s greatest passions is improved turfgrass varieties in recognising the potential benefits of Australian ecotypes of buffalo grass and couchgrass. Among the notable examples of Peter’s involvement in the selection and subsequent commercialisation of turfgrasses are Greenlees Park (early 1970’s), Wintergreen (1981), WindsorGreen (1993) and Sir Walter soft-leaf buffalo (1996). Collectively, these four varieties represent the most widely grown and successful turfgrasses on turf farms throughout Australia. WindsorGreen couchgrass was the first couchgrass cultivar in Australia to be developed and commercialised through Plant Breeders Rights (PBR). Peter has also been involved in assisting others in their development of other buffalo, couch and seashore paspalum varieties. Peter has been engaged since 1996 as a “Qualified Person” for PBR applications and continues to develop improved couchgrass varieties. During the 1980’s and 1900’s large quantities of his turfgrasses were exported to South East Asia and the Middle East.

Over the years Peter has been intimately involved in the design and development of several turfgrass industry technologies. It was during the early 1970’s that Peter provided technical assistance to Frank Forrest of Melbourne then owner of the Ron Kaye-designed, ride-on motorised bowling green rollers. Today, the Australian multiple-roller technology of bowling and golf green rollers is exported worldwide. He also introduced the “Verti-Drain” technology to the turf industry in Australia. Peter co-developed with the late Charles JP Smith the tractor-mounted “Level Lawn”.

Peter during the 1980’s independently developed a mechanical, row-planting unit and a horizontally-oriented, pressurised water-washing unit to produce washed sod. Today, numerous turfgrowers around Australia continue to benefit from further improvements of such technology. Peter was also involved in the development of a Eucalyptus/Leptospermum oil-based insecticide mixture. This mixture was subsequently registered as the first organic-based insecticide for turfgrass application in Australia.

From 1974 to 2005 Peter owned and developed the 40ha Qualturf farm at Richmond (NSW) which grew his own turfgrass varieties. He served as honorary secretary for the NSW Turfgrowers Association for over 15 years and was primarily responsible from 1998 to 2001 in making submissions to NSW Water on behalf of the Association which ultimately saved the turf farmers water extraction rights on the Hawkesbury River. The race course industry has also benefited from his expertise in building and supervising horse racing tracks in Sydney, country NSW and Perth.

Peter’s involvement in turfgrass research began way back in the late 1960’s supervising research into plant-feeding nematodes in the Newcastle (NSW) region. In more recent years, Peter has been Team Leader in the investigation of the occurrence and taxonomy of turfgrass mites in warm-season turfgrasses funded by Horticulture Australia Limited (HAL). This project was the first of its kind ever conducted on turfgrass in Australia. Peter’s contributions to weed control saw him conduct efficacy trials for the introduction of the then new herbicides Endothal for winter grass control and Siduron for the control of couchgrass invasion into bentgrass putting greens. The groundbreaking work on nut grass control earned him the NSW Weeds Society Medal of Excellence in 2013. Peter is currently engaged in developing new herbicide and insecticide mixtures to meet current industry needs.